A Real Wedding in Eldorado Canyon

This was such a fun ceremony to shoot out in Eldorado Canyon. It’s always a fun space to utilize for fun photo ops and Vicky and Mark definitely made the most of the space.

These two were destined to wind up together. They had grown up together in the same small town and had many mutual acquaintances but never really connected in that way. Vicky wound up moving back after many years of being away and Mark found her on an online dating app! They started dating immediately and 2 years later, Mark popped the question while they were hiking on top of the Upper Yosemite Falls Trail.

Mark actually didn’t even see the ceremony site before the big day because he wanted to be surprised. He loved it so much that after they got married he said he wanted to go back. Eldorado Canyon will have that effect on people.

Vicky wore a gorgeous V-neck dress and paired it with some boots for a fun flair. Mark looked dashing in a classic tux. They opted not to see each other before the wedding so the first look was really special.

They decided to DIY some of their decor. Vicky made the hairpiece she wore and also made the cookies and centerpieces for the reception after. She says she would do it all again.

The couple wanted to give a shout out to Royal Coach and Superior Event Services who they say were both wonderful to work with. “I would highly recommend them and everyone we worked with at Cactus Collective Weddings,” said the couple.

Their final advice to other couples getting married is:

“Shop around and be creative.  Don’t get sucked into thinking you have to get the most expensive of everything.  It’s unlikely anyone else will notice.  And if things don’t go as you planned, don’t sweat it.  No one else will likely even notice.  Focus on what’s important for the marriage, not the wedding day.” 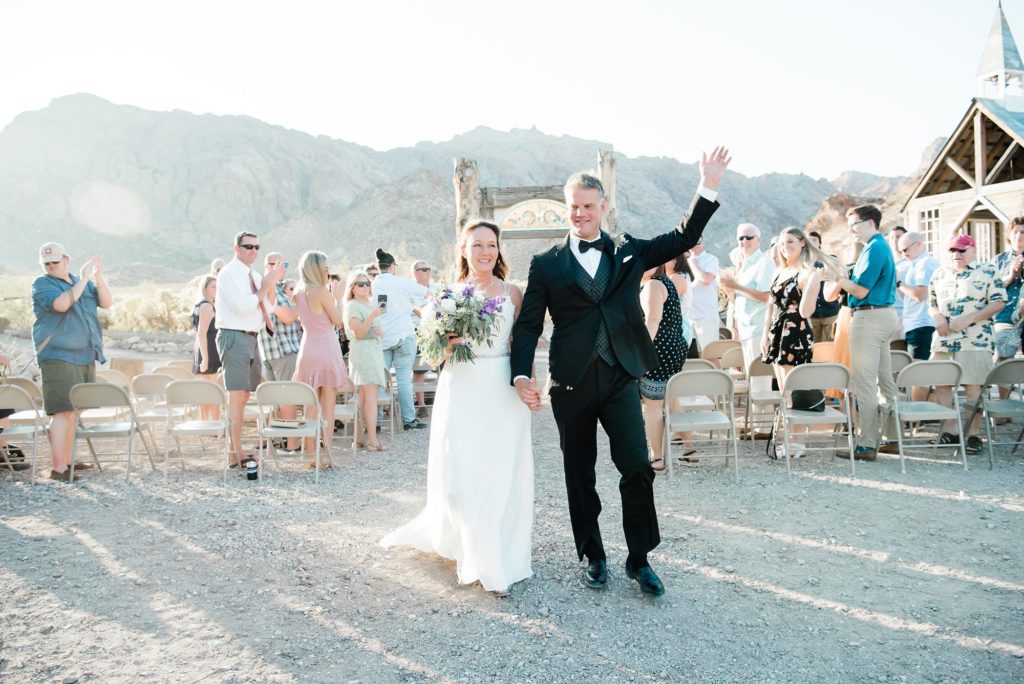